I have tatoos. I like tatoos in general, but I hate my own. They are poorly done and one is a place that I regret because I can ALWAYS see it. That being said, young people – if you are going to get a tatoo, choose wisely the design, the artist, and the location.

The design should be timeless, one that you wont regret when you are old.

The artist should be talented and experienced…both of which they should be able to provide proof of.

How did I come up with these three “rules”? See below. 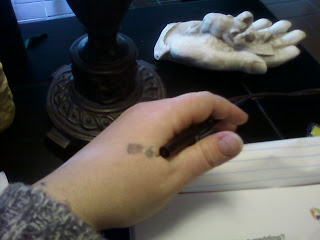 I will spare you the one that I have where a word (not a name) is spelled incorrectly.

I however have one rule that I wish EVERYONE ON THE PLANET would abide by. NEVER …did I say it loud enough NEVER EVER, have a name of your significant other tatooed onto your body. Stuff happens, and someday they may no longer be significant.

Point in case, I was driving to work and a morning show was featuring a female comedian who shared a story of her friend who received a TEXT from her husband stating he wants a divorce. Long story short, for their 3rd anniversary she had his name tatooed on her, um, “hoo ha.” (And apparently it is not a common first name) Can we say REGRET boys and girls?

I love my husband. I have his last name on my drivers license. I think that’s enough.

One thought on “Just a word on tatoos”