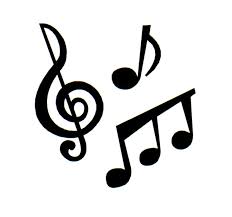 Okay, some people know that I constantly have a tune of some sort in my head throughout the day. Over the years the most frequently played songs in my head have been:

The Tra-La-La Song (One Banana, Two Banana) from the show The Banana Splits
Wont You Be My Neighbor from Mr. Rogers Neighborhood
If I Only Had a Brain from the Wizard of Oz
Yellow Submarine by The Beatles

Now, some have tried to determine my mood based on the tune I hum and really I must tell you…the mood does not determine it, an event may determine what sets off a particular song, but never my mood. Sometimes it is the same song all day, and then there are days where the songs just rotate randomly – as if my brain is it’s own iPod (or better yet, it’s own Zune) and it only has a few songs and it is set on SHUFFLE.

What I recently shared with my pal Kathy was that I most days wake up with a song in my head (never one of the four above) and I don’t believe that any dreams set it off. Some are songs I have recently heard and others are songs that I have not heard in a very long time. Some times it is a medley of songs.

So, I started tracking the songs that I wake up to (to the best of my abilities, but it can be hard for me because most times I ignore the fact that the song is there…I have dealt with it most of my adult life so I don’t always notice it and by the time I get back to my list to make note of it, I have forgotten what it was.

The other day I was telling my husband about the latest song medley I woke up to and apparently I have been so used to this aspect of myself that in the 14 years we have known each other I had never told him about this. I get the feeling that his suspicions of me being an odd person were confirmed in that moment…but he stayed so apparently he loves my oddities.

So, I was tracking my songs to share on my blog and here are the ones I was able to jot down. (I also tried to make note of any events that day that may be related thinking maybe my songs are little premonitions…silly I know but hey, there must be a reason for me waking to a tune each day. No, I do not have a radio alarm for all you smart alecks out there. I would love to know if anyone else shares this malaise. Okay, here is my list:

(Kathy asked me if I would be available on Monday, to assist with a small groups event)

(Woke up at 5:46 with this song in my head. Around 7 am I could no longer fight it, I got dressed and went and visited my parents…it had been 2 weeks)

(Obviously on a Monday morning I would want an extended weekend…)

(Paige had a dentist appointment that was…eventful)

(This song, is about a boy who is in an accident and is comatose the rest of his life and a childhood (girl)friend keeps wishing he can come out to play. There was nothing to relate this to in my life that day.)

NO SONG
(No work, Breanna had a root canal done…great fun…darn it, I should have taken pictures of it ! I did get a picture of the squirrel in the parking lot…looked like he was saving a space for his posse)

Why’d you lie to me – Anastasia

My sister, her boyfriend, his daughter, her youngest daughter and their daughter together all came over unexpectedly to join my husband and daughter trick or treating…

(note, after Warrior started dying down, Beat It by Michael Jackson tried to rev up and I purposely latched on to Warrior and played it all the way through in my head because I will be vexed before I allow The Freak of Pop a place in my head.)

(I had a dream about a wedding so that is really not surprising…the surprise is that the song actually related to a dream!)

———————-
I was trying to see if there was a pattern to when I noticed I DID NOT wake with a song in my head, but there did not seem to be one. Aside from that, it was not often enough. As you may have noticed I do not have EVERY day down, but like I said, somedays I would just forget to make note or I would forget what it was. One day, just recently, I woke up with a song in my head, and I had NEVER heard it before! It is like my brain made up it’s own song! It was a man’s voice singing and the lyrics made sense, but I knew it was not a REAL song. Weird, I know, but I like me that way.